My Battle Call | The day my son realized his cochlear implants helped him to hear
229
post-template-default,single,single-post,postid-229,single-format-standard,theme-bridge,woocommerce-no-js,ajax_fade,page_not_loaded,,qode-title-hidden,qode_grid_1300,hide_top_bar_on_mobile_header,qode-content-sidebar-responsive,columns-4,qode-child-theme-ver-1.0.0,qode-theme-ver-17.2,qode-theme-bridge,disabled_footer_bottom,qode_header_in_grid,wpb-js-composer js-comp-ver-5.7,vc_responsive

Posted at 18:19h in Hearing Loss Journey, Things I Have Learned by valligideons 5 Comments
Share on: 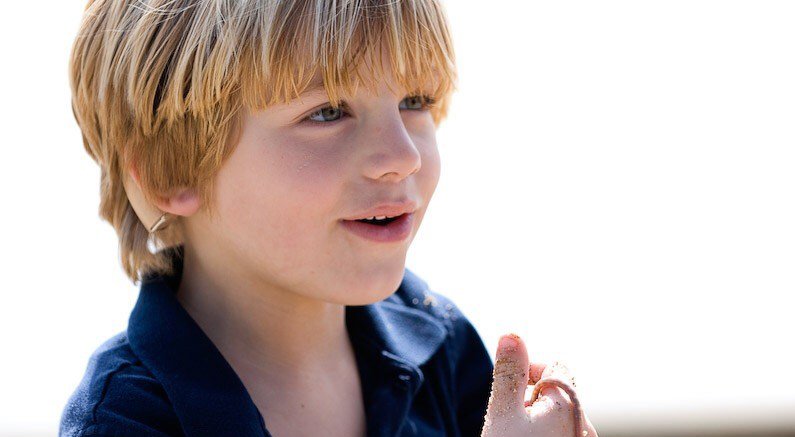 It was always non-negotiable for me. I felt responsible for making sure my son’s pathways for language got wired. Since he was born with a severe hearing loss, that meant wearing his hearing devices during all waking hours.

Soon, came a cochlear implant surgery. That alone was excruciating. But once activated, keeping the cumbersome pieces of equipment connected to his pliable, squishy toddler ears was easier said than done. Literally keeping them attached was a battle.

Our MacGyver-like skills were put to the test daily. And, we couldn’t just search Google for advice (It was 2004, after all)!

We rigged up a series of contraptions: snug-fits, plastic tubing, toupee tape, ear molds. We tried it all. My hubs became an expert at the art of implant jury-rigging. I developed a superset of eagle eyes.

Those suckers would go flying off a billion times a day. Camaflouged in the bottom of toy boxes; Buried beneath stacks of pillows; Submerged in the sandbox. Then there was the time my son sent it sailing into bush inside a gorilla cage (true story). They would fall off, be thrown off, and the boy would just carry on only now in silence… Leaving his implant behind in his wake.

However; as frustrating and exhausting as the “How To” keep them on seemed, the trickier part was teaching him “Why” he needed to keep them on. And, our not-yet-two-year-old, didn’t understand. Or care.

Unwavering, we would put the devices on and bathed him in language. He’d pull them off. We would put them right. Back. On. Happy ear dances were involved; it became a parenting style of sorts. I grew sick of my voice.

The goal was to assign meaning to each sound, noise, word. Then, we would acknowledge and narrate it, often in song and other forms of silly sound effects.

Through this practice, we became acutely aware of the sounds filling a hearing person’s everyday world. It created an overwhelming desire to make sure our son didn’t miss a thing, and part of that entailed keeping his devices on.

The car created a tricky scenario. I couldn’t keep my eyes on him, yet I didn’t want him to miss the opportunity to listen to music, to sing, to hear. I pointed out things along the way. Inevitably, a device ending up wedged between a seat or in his mouth.

Then, one day there was a shift. Driving along, the external magnet of his device, came off and he could no longer hear.

It dangled from his head, pushed against the car seat. Usually, this was the trigger giving him the green light to send it soaring across the car. Stuck or lost…who knows where. My heart, sinking every time.

But, this time, as I rolled up to a red light and glanced in the rearview mirror…

His little hand reconnected the implant to his head. His eyes lit up like saucers. He pulled the magnet off again.

And then he immediately reconnected it.

A smile came across his little face, ear to ear.

The light switched on.

It didn’t mean there weren’t more scavenger hunts for lost devices throughout the house, car, playground. We had our fair share of epic toddler tantrums, resulting in implants being pitched across the room.

Only, my little guy was beginning to connect the dots and associate his implant with access to sound. We were making progress and starting to see the rainbow peeking through the clouds.

More of this in my new book!