My Battle Call | Growing Up as the Middle Child is the Best
6669
post-template-default,single,single-post,postid-6669,single-format-standard,theme-bridge,woocommerce-no-js,ajax_fade,page_not_loaded,,qode-title-hidden,qode_grid_1300,hide_top_bar_on_mobile_header,qode-content-sidebar-responsive,columns-4,qode-child-theme-ver-1.0.0,qode-theme-ver-17.2,qode-theme-bridge,disabled_footer_bottom,qode_header_in_grid,wpb-js-composer js-comp-ver-5.7,vc_responsive

Growing Up as the Middle Child is the Best 29 Jun

Posted at 13:58h in Military Life, Parenting, Things I Have Learned by valligideons 0 Comments
Share on: 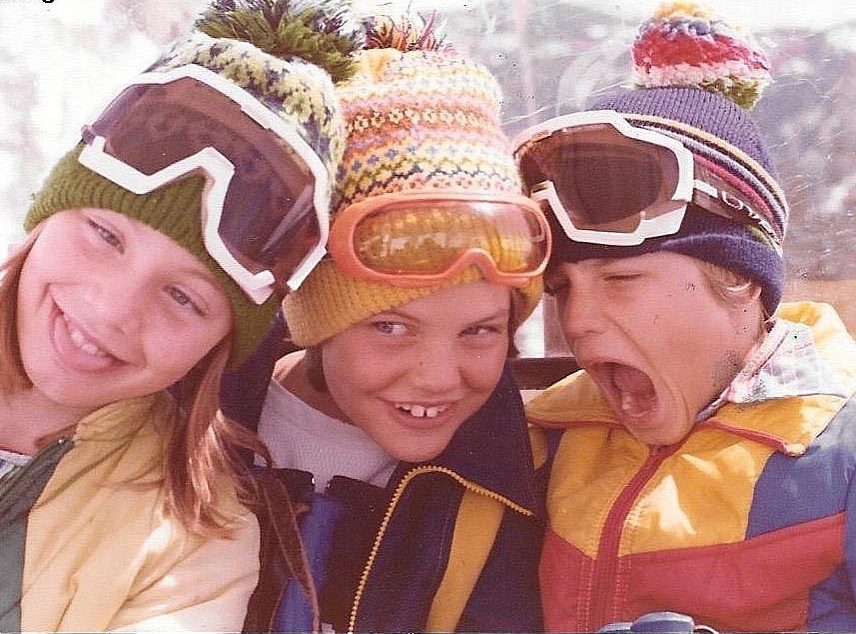 “I call the backseat!”

Pushing my way through the open car door, leaping over the middle seat, I threw myself into the rear-facing third row of our baby blue 1971 station wagon. With less than a second to celebrate my athletic feat, a body landed on top of me.

But, I called it.

A few quick elbows and snarls later, I humbly crawled back to the center row. The bench seat. The dull and ordinary place in the middle. Although, deep down I knew it was her turn.

My little brother, only 13-months younger, sat with his nose pressed against the window adjacent to me, asking hundreds of questions as he gazed out at the world with an insatiable curiosity. My mom patiently explained why the sky was blue and shared how the power lines provided electricity to power the lava lamp in our rec room.

Meanwhile, from the other side, I every-so-often flipped around to glare at the back of my sister’s head. Two years my senior, she was not even looking out the oversized rearview glass. Instead, she focused on the task of completing the Rubrics Cube faster than the last. She had made the front page of the local newspaper, solving it in record time.

What a waste of a good view, I mumbled.

Meanwhile, I sat there quietly dreaming of how I was going to make own my mark.

Was there something to the perception of the kid in the middle? I’d heard the stereotypes and birth-order descriptions.

Like the oldest is the bossy one and the leader while the youngest is coddled and gets all the attention. Then there’s the poor kid in the middle who often feels overshadowed by the book ends.

Only, despite sometimes losing my preferred seat in the coolest place in the old wagon, I figured out how to turn the middle into the ideal spot.

I mean, I got the benefit of both an older and a younger sib. And in my case, I had a brother and a sister. Most of the times it seemed like a winning position.

Here’s the thing about being a kid in the middle . . .

I rarely felt left out; instead, I felt like I had more opportunities to try to fit in. When I wanted to do more “grown-up” things, I looked to my older sister. Her ability to solve things taught me how to think analytically and outside the box.

The times I wanted to be more of a kid, I opted to hang with my little brother and explore the wonders of childhood. In return, my siblings looked to me like the balance of the in-between.

Having siblings close in age, I had access to other older and younger kids. Through my siblings, I had a greater reach of friends in grades above and below my own. By the time high school rolled around, this became an asset. Whether it was getting advice from an upperclassman or earning the admiration of classmates in the lower grade, my place sandwiched in between siblings felt like a sweet spot.

Being in the middle helped me be brave.

I was willing to try new things: riding a bike without training wheels and going off the high dive. Never wanting to be showed-up by my kid brother, I left my comfort zone and emulated the courage of my older sister.

The middle position served as a way to gain a solid foundation. I witnessed my sister navigate certain situations, and I learned from her mistakes, benefiting from her tactics and strategies. Take the way she approached our parents when trying to negotiate earning greater privileges, like a later curfew or getting her driver’s license . . .

I observed the dos and do nots and became skilled at presenting a strong case. And when my parents later said yes to my younger brother’s requests for more independence, instead of resenting him, I got to ride on his coattails and tag along.

As an adult, I got to witness my sister becoming a mother and receive all her wisdom. In the middle position, I then got to pay it forward by sharing what I had learned when my brother became a parent.

As a tribe of three, my sibling and I may have possessed some of the typical birth-order traits, but perhaps we viewed those roles as benefits instead of negatives. I felt loved. I felt seen and heard. I didn’t always get my way, but it taught me not to act entitled.

Middle children hold a unique position to mentor the younger sibling while admiring the older one. The middle kids get to try things for themselves without holding the title of the firstborn, testing the waters with the benefit of a safety net.

Read more about growing up in a military family here

You may also enjoy:
The Greatest Generation