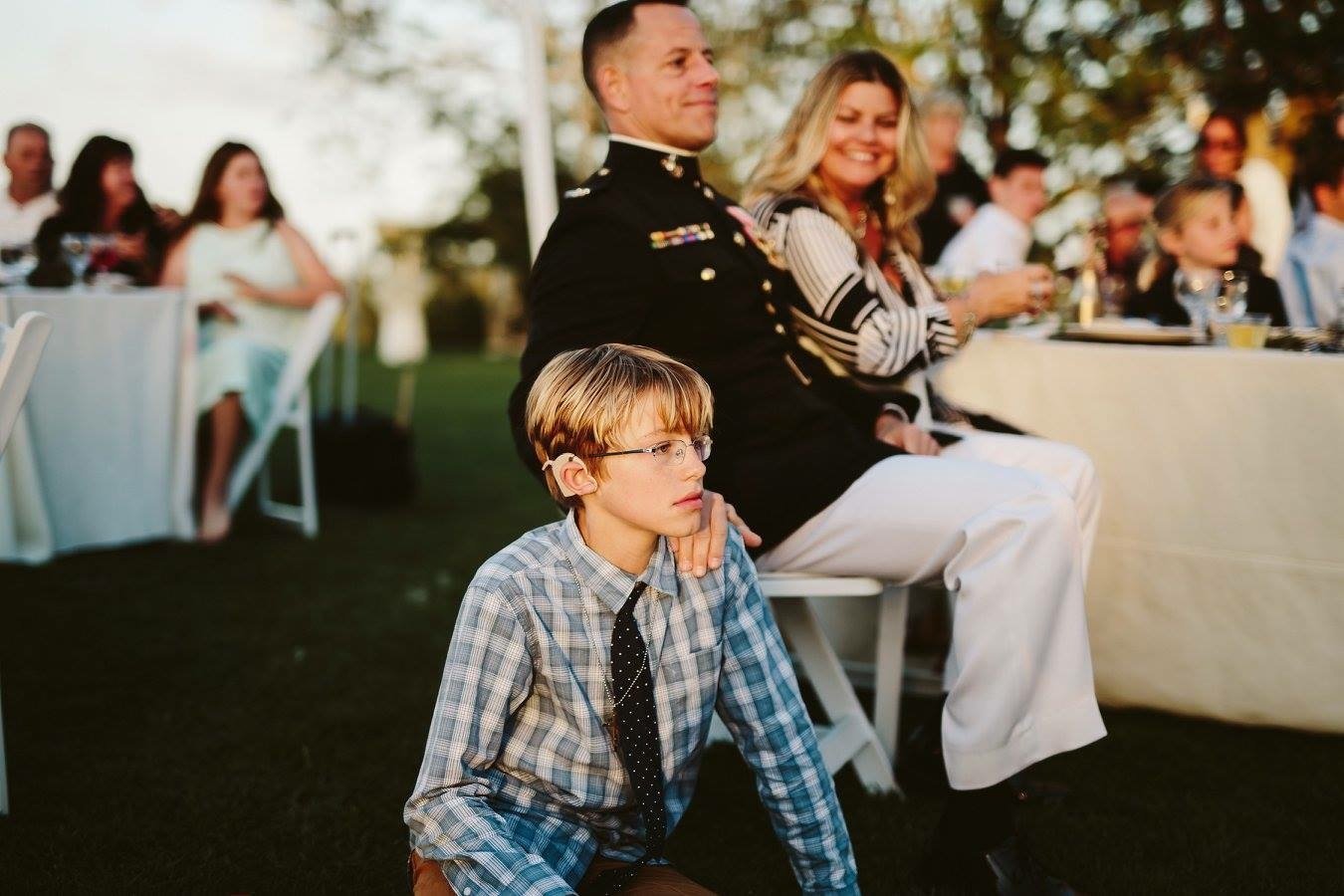 He was named before he entered this world. It only took my husband seven-months to convince me that calling our baby boy Battle would be a good idea.

``Battle on the Tackle,`` the announcer would say over the loudspeaker.

The crowd would go wild. It was perfect and might set a boy up for greatness.

I was eventually convinced giving a child a name they would have to live up to might make sense. Kind of like the Johnny Cash song, “A Boy Named Sue.” Names can tell a story.

As my belly bump continued to grow, I began to get the infamous expectant mother questions.

It’s a boy, I would share. Only, when I told them the name we were considering, inevitably eyes would widen and faces would frown. A look of confusion was followed by,

As I had suspected, the person would look at me in disbelief and awkwardly shift the subject to car seats, sleep training, and breast milk or formula.

I quickly began to second-guess being talked into this name.

But, the full-court press by my persistent hubs continued. I have no idea why, but the name began to grow on me.

Eventually, the hand-painted wood letters went up on the nursery walls. It was official. Our baby boy was on his way; the writing was on the wall.

Then, a few short weeks later… The tale to end all tales happened.

“Do you have a name?” a woman with a toddler strapped in a cart at the grocery store, asked.

“Yes. Battle,” I replied without hesitation. “It’s a family name.”

The woman’s ears perked up, leaning in to hear more.

“He’s actually named after my husband’s Great Uncle Battle, who fought in the Civil War.”

It was amazing. My tall-tale was received with immediate acceptance and awe. My baby was still in the womb, and I was already feeling judgment from others.

Our due date finally came.

After fourteen hours of labor, our baby entered the world with full gusto. Days later, still in a postpartum haze, we found out he had failed the routine infant hearing screening. At the time, that didn’t cause us concern. We were bringing this little human home, and now he was ours to raise. It was probably just fluid in the ear canal, anyway.

We spent the next few weeks like most new parents, settling into a sleep-deprived routine. Feeding, changing, soothing around-the-clock, our appointment to return to the hospital for a more extensive hearing test was set. Without time to worry, we anticipated getting the test over with. Everything would be fine. It was routine, after all.

We arrived at the city-like sized hospital and found our way to the audiology department. My job would be to nurse the baby to sleep and keep him perfectly still. Censors were placed on his tiny forehead, earbuds in his squishy ears. Staring at his perfect heart-shaped lips, I prayed that he did not wake up until it was over.

Sinking into the large leather recliner while sweat beading down my back and neck, my newborn-mommy arms began to go numb.

The woman conducting the test took her place behind the glass.

And it was complete.
Then, the room.

They told us our baby had failed.

Next, Doctor Lab Coat entered the room. He said our infant’s hearing loss was severe to profound, he would get hearing aids, maybe be a candidate for cochlear implants, and probably go to mainstream high school.

What? High School? Profound? A candidate for. . .

We wept. There were no words. In that room, our real battle began. I guess I could be thankful we hadn’t named him Sue.

After the acceptance kicked in, we charged on. What other option did we have? We surrounded ourselves with experts who offered encouragement and support.

Wholly entrenched in various appointments, audiology testing, speech therapy, and all the other things that came with our son’s diagnosis, we were lucky to receive advice early on from an advocate and expert who had worked for decades with children with hearing loss.

He encouraged us to set the bar high for our child; measure him against all peers rather than only those who had hearing loss. He challenged us never to place limits on our child's capabilities.

As we continue to navigate this journey, our son has battled his way to becoming a thriving teen.

Today, when he suits up courageously in his pads, taking his place on the football field, it never crosses my mind when someone asks about his name to tell the decade-old tale of great uncle Battle.

The boy owns it. He has developed a calm, quiet strength. Or maybe he had those things before he even left the womb. He experiences life with a sense of empathy for others who have their own battles to tackle.

And while we keep nudging the bar higher, he continues to reach for it, even sometimes exceeded it. The tears I cry today are not for what he doesn’t have but for who he is becoming.