Posted at 11:17h in Motherhood, Parenting, Things I Have Learned by valligideons 0 Comments
Share on: 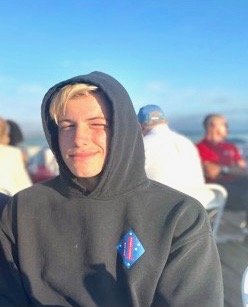 There are irrational emotions arise in his heart and plummet into his gut without warning.

There is acne and body odor and other physiological weirdness, with whiskers and mustaches, long legs and big feet.

There are mild flirtations and full-blown geeked-out immaturity. But there’s also first dates and dances, real connections and bonds.

There is self-consciousness and questionable judgment.  He still is learning to listen to his inner knowing. Brave isn’t always doing the thing his peers are cheering him on to do; rather brave is knowing when his insides say don’t and then listening to it. But often he will ignore this.

There are more critical boundaries and more serious rules. Now that he’s driving, it’s not only his safety that’s important but also everyone around him. Curfew means something more when he is the one behind the wheel, to a parent on time will feel late and five minutes early feels on time.

There will be tons of mistakes, blunders, and epic flub-ups.

There are also be glimpses into the things that bring him true joy and ignite his passions. School electives might lead to college majors and a new extra curricular may stick with him for life.

There are responsibilities allowing him to find his own voice. His safety is what matters most. And although taking risks is part of growing up, I want him to try to trust his gut. Even when. Even though.  But there’s times he just won’t. It’s expected for it’s the way of it.

There is access to deeper insights and wisdom. So much more of his day is now spent having direct communication between him and his teachers, coaches, and friends, often untethering and intentionally weaning his parents from the loop.

There are people who start to get him—I mean really get him. By now he’s begun to identify  what true friendship feels and looks like while developing the skills to start letting go of what’s not a fit.

There are glimpses of the man he will become, even though he may still feel:

He may shave, and cook, and do his own laundry.  Don’t be fooled by the bad rap it gets. This, indeed, is a magical time.

And, so far, I love who he is becoming. He is funny, and intelligent, and goofy, and hard-working, and unassuming. At times he can be the interesting person in the room when he shares is opinion and you find yourself wondering how in the actual heck he came up with that.

And when he does, which he probably will, I hope he turns his gaze up rather than down.

I hope he never experiences true heartbreak. But, if (when) he does, it’ll mean he has loved.

Even though at this age he might not want to share his feelings with us and instead might want to be left alone, there will also be those times when a good family movie night with a heaping bowl of ice cream can fix almost anything, at least for the moment.

Although there’s plenty of times I get frustrated and he finds himself thinking his parents “just don’t get it,”  I am excited to see him launch.

So much more in my new book!

You may also like this:
A Message to my Teenager