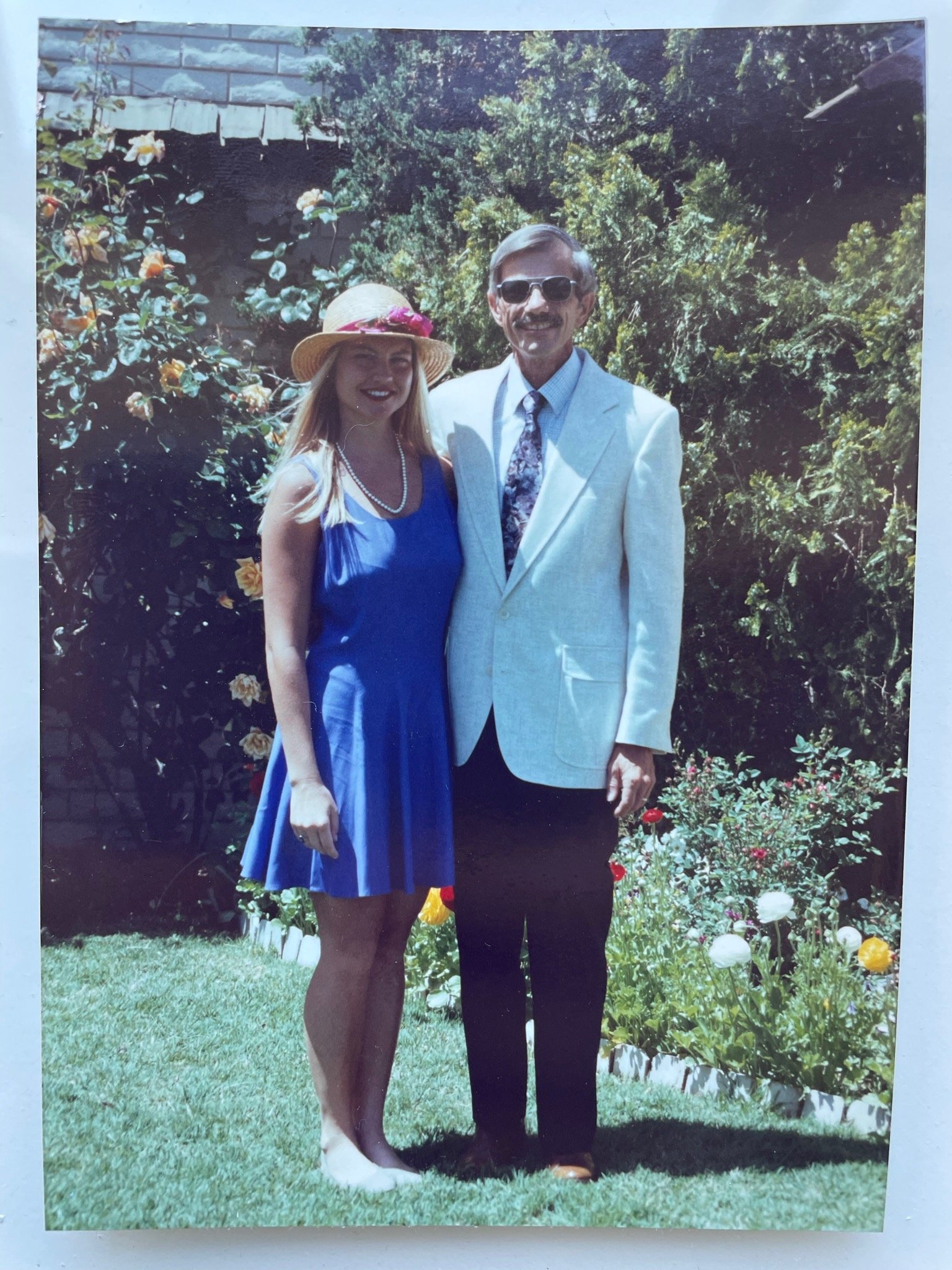 Posted at 15:41h in Military Life, Parenting, Things I Have Learned by valligideons 0 Comments
Share on:

My dad died of cancer a little more than five months after this photo was taken.

I traveled home from school to spend Easter Sunday with him, my mom was working in the hospital in ICU that weekend.

When we got to the small, unassuming church, tucked far off the busy road in my hometown, I was taken aback by how many people my dad knew as we entered and took our places in he pew. We didn’t grow up attending this church. Despite driving down this road countless times, I had never even noticed it.

Throughout the service, my dad scribbled notes, he knew exactly when to stand and sit, occasionally patting me lovingly on the knee. I could tell he was grateful I had agreed to come along.

At the conclusion, making our way down the isle, he exchanged niceties with some of the members, and then was greeted with a hug from the Pastor.

It was clear they had built a relationship; their connection was more than two men who had exchanged surface-level chit-chat, in passing, on Sunday afternoons.

My dad proudly introduced me. The Pastor asked me how my job in LA was going, and if I was working on anything fun in my acting class at the UCLA extensions program. I was taken aback. The Pastor knew me.

We got home and snapped a few photos in front of Dad’s beloved rose garden, had some lunch, and then I returned back to my apartment—down “the 405” freeway.

I had no idea that would be the last time I would visit that church while my dad was still alive.

And those scribbles my dad was making during the service on those pages on what would be his last Easter Sunday with us?

I share in my book, “Through the Fog,” what I discovered—decades later!

I had no idea my dad had been designing and composing the greatest, most treasured gift I would ever receive.